Rod Shipman Steps Down From HBC

On 1/31/2022 Rod Shipman stepped down as the CEO and Chairman of Halo Baseball Club.  This announcement was brief, sudden and unexpected.

Rod resigned stating, “Due to a variety of reasons and health issues as you all know which has impacted my energies, motivation, going forward is no longer an option for me.”

Rod requested that Mark Shipman be put forward as the CEO and Chairman, who was unanimously approved by the remaining board consisting of Greg Lund, Michael Niotta and Bill Torres.

Mark previously served a four-year term on the board as President from 2007 to 2009, handling day-to-day operations with the extensive help of the rest of the board during that time.

We want to thank Rod for all of his efforts over the last eighteen years.  Halo Baseball Club is not a reality if it were not for the extensive efforts and dollars he put towards the organization from the start.

Many members who were not around in the beginning may not know that this club was born out of a Fantasy Camp experience with the Angels.  Those few fantasy camps run in the 00’s needed a sponsor and came about because Rod wrote a check to sponsor them.  That sponsorship allowed HBC to use the Angels name and logo within our club.  It also helped to foster relationships between HBC and Angels Executive Management who at one time played with us on Sundays.  It is the impetus for our involvement in the Bud Kuhl Memorial Tournament at Angel Stadium.

Among Rod’s many non-financial contributions have been countless hours tracking down fields, working with MSBL, organizing tournaments, chasing new members, coaching and leading HBC.  We are all very appreciative of those efforts.

The new HBC board looks forward to carrying on Rod’s legacy as continue to operate HBC for the current and future membership.

45+ Cactus Division - Inland Empire Angels 13, Utah Rockies 5
Rich Brito's complete game from the mound and Rob Penticoff's 2 RBI triple pushed the
Angels ahead in the first inning and they never looked back. Despite the Rockies' strong
efforts in the latter innings, they couldn’t put a rally together and fell 13-5 to the Angels.

TIME REMAINING TO REGISTER FOR XXXXXX XX GAME XXXXXX (A) vs. XXXXXX (H): 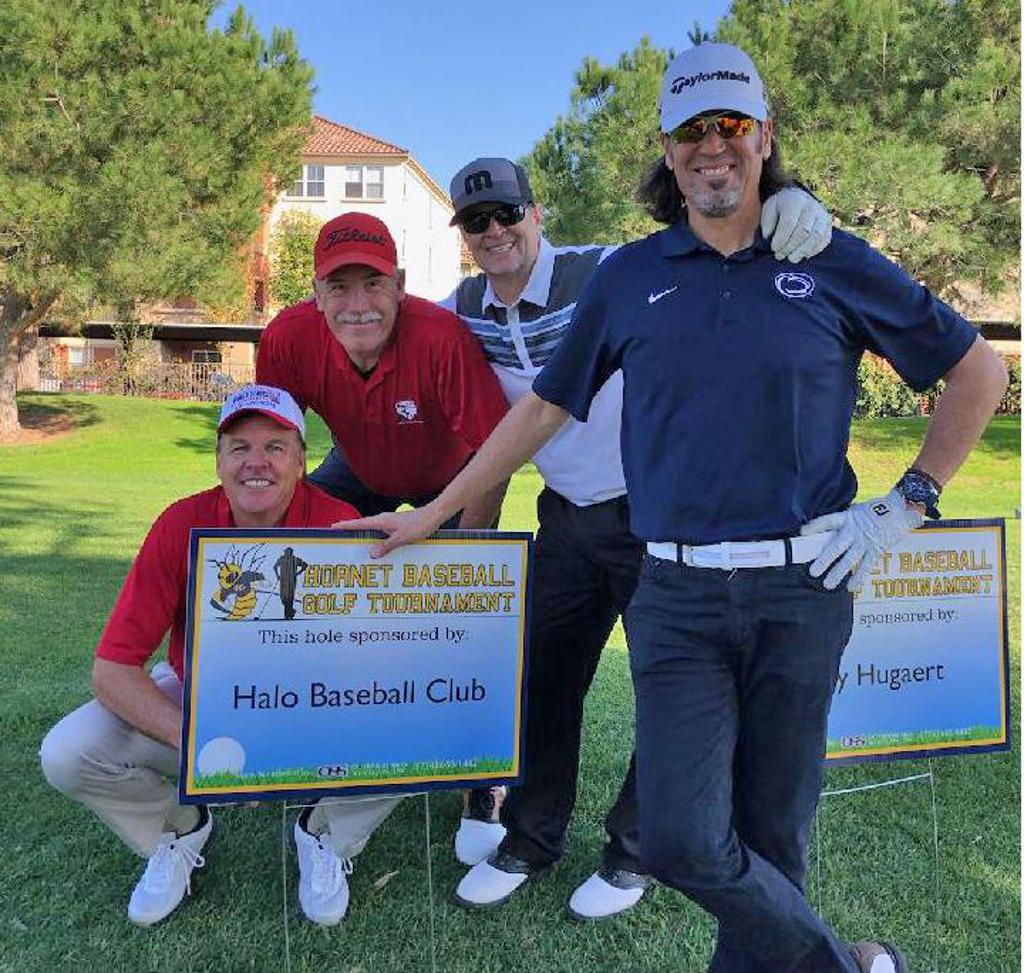 HBC had a total of 9 HBC Members plus 7 guests for 4 foursomes participated in the Fullerton College Baseball Annual golf tournament on January 13, 2020.

"Everybody sometimes needs some help; that is why we are a team!"

"Be Coached and Be a Coach to Others"

WHEN YOU FEEL LIKE QUITTING: REMEMBER WHY YOU STARTED!

Games are won by players who focus on the playing field not by those whose eyes are glued to the scoreboard.

Life is the most difficult exam.  Many fail because they try to copy others, Not realizing that everyone has a different question paper.

Sometimes it's better to just remain silent and smile.

"Parents can only be as happy as their unhappiest child."

The Past teaches us, makes us, molds us.  The Present opens up opportunities, gives us hope.  The Future creates our successes based on what we did, and how we did them.  At the end, Life is a journey, that ends in results. 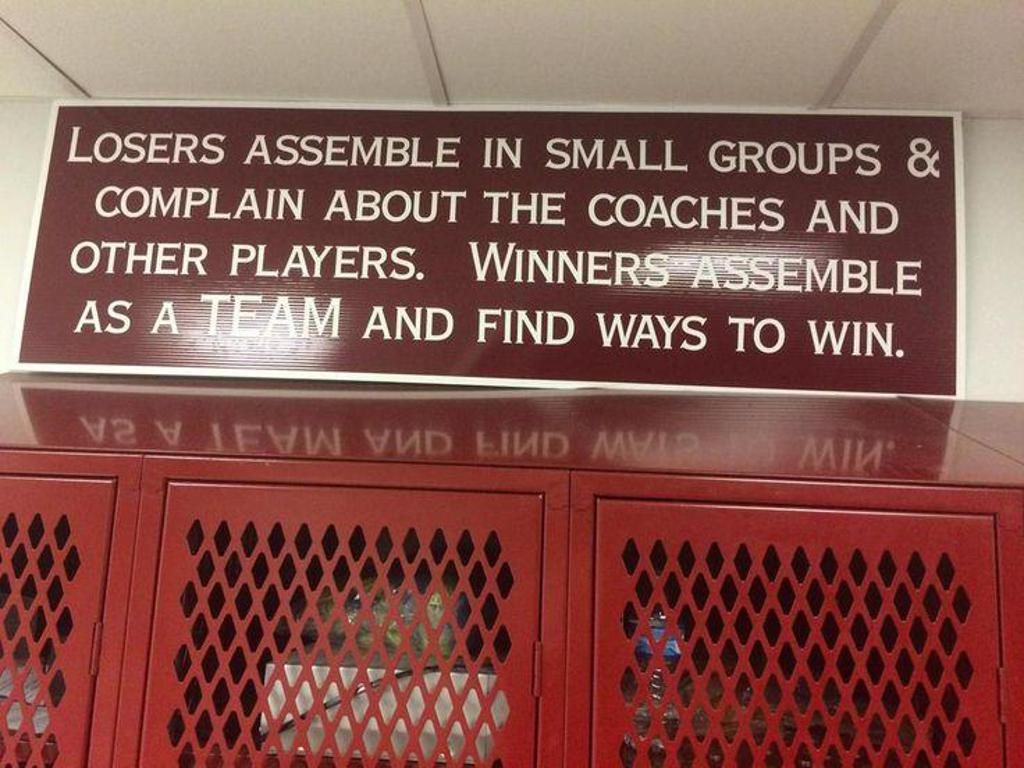 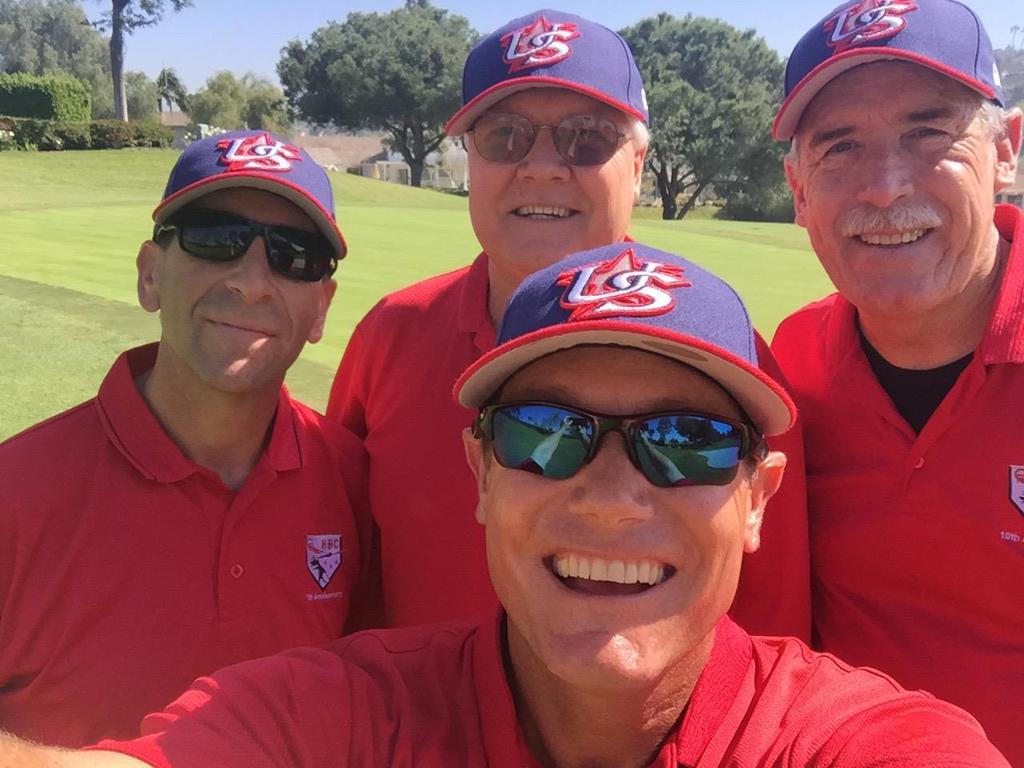 Log in to the site and click on 2020 LEAGUE tab to find your team (or pool) to register for games. You can also find stats, rosters, etc. for your team on that page.

Taylor Ward is your A.L. Player of the Week! Over the last week, Ward led the A.L. in hits (13), extra-base hits… https://t.co/8FUcLkOgqr

Mark your calendars 📆 Don't miss out on our May giveaways! Click below to purchase your tickets today.

These fine organizations make what we do possible. Please show your support to these amazing sponsors and thank them for their commitment to our organization. Interested in becoming a sponsor? Click here to learn more about our sponsorship opportunities

Dr. Fred Hayes is a founding member of Halo Baseball Club.  Dr. Hayes specializes in sports injuries and  has treated Professional, Olympic,  College and High School athletes.  A lot of the Halo Baseball Club members are diagnosed and treated by Dr. Hayes with phenomenal results in getting back onto the field of honor.